Along with our staff of project managers and administrators, our leadership team Tony Poma, George Gledson, Brent Saul and David Whisenhunt have a combined experience of more than 100 years in rolling out successful projects. 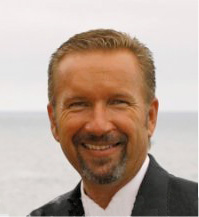 Tony is a proven leader with over 28 years of experience building, teaching, and mentoring retail development teams. He has worked for True Religion Brand Jeans, International Coffee & Tea, LLC(The Coffee Bean & Tea Leaf), Jamba Juice, Starbucks Coffee and Noah’s Bagels. Serving as Chief Engineer, Superintendent, Construction Manager, Director of Design and Management, and Director of Construction for these various companies, he has managed and directed a variety of departments such as Design, Construction, Facilities, Remodels, Maintenance and Franchise Construction, and maintained fiscal responsibilities for both G&A and Capital Expenditure budgets.

Tony holds a degree in Aeronautical Engineering from Northrop University, Los Angeles, California. He has served as an ISCS member where he was selected by the ISCS Governing Board to assist with the creation of new CDC- Certified Design and Construction Professional certification. He has served as an executive for SPECS advisory board and was the featured cover story in the November-December 2006 issue of Retail Construction Magazine.

Tony’s proven track record and ability to bring stakeholders interests together to complete projects and initiatives on time, within budget, and in alignment with company goals is an essential advantage to the clients we serve. 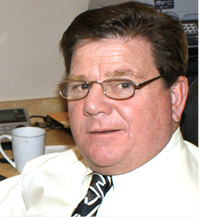 George is a 30-year veteran in the construction industry. As the President and CEO(1990-2009) of a full service national general construction company, GC Builders, Inc., he obtained a full range of experience. GC Builders emphasized on retail, but also operated divisions specializing in construction management, public works and the private development sectors. George’s experience of working with high magnitude companies makes him a valuable member of the Poma Retail Development team.

He operated a successful public works division as well with revenues of $20M per year. Some of the projects ranged from $500,000 to $18,000,000. Additionally, he had a wide range of ground up and design-build projects. Hunington Partners, LLC., which he also owned and operated, completed a 20,000 square foot commercial development project in the City of South Pasadena, CA. George’s role included securing financing, negotiating the land purchase, overseeing the design and construction, tenant lease negotiations, and negotiating a development agreement with the City of South Pasadena. He also owned and operated SolidCore Development, LLC which completed a five level custom home in the Oakland Hills in Northern California. The completed project was built on spec and sold at a profit for $2.5MM. 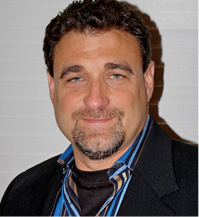 Brent has been in construction for over 35 years. His introduction to construction and construction management started while attending college at Cal Polytechnic University in Southern California. In 1977 after relocating from Michigan, he found himself right in the middle of a housing boom. As luck would have it, he moved close to an area of prominent and exclusive home sites. Realizing a need for supplying large estate homes, he immediately began working on, then successfully obtaining a B-1 General Contractors License.

In 1989, he was presented with an opportunity to move into commercial and retail construction and was hired to head up the store design and construction department for Frame-n-Lens Optical, a California based Eyewear chain which was later acquired by National Vision. He stayed there for many years successfully completing a national rollout of stores until in 1998 he joined GUESS as their national director of construction. While at GUESS, he led a team in the development and highly successful implementation of three new concepts as well as completing the roll out of the company’s core brand stores. The new concept brands included Guess Kids, Guess Accessories and the highly touted “Marciano” stores.

In 2004, another opportunity presented itself where he was able to join a larger worldwide company, Liz Claiborne Inc., where he held the position of Director of Construction. In the years that followed he managed and orchestrated the rollouts of seven different Liz Claiborne brands that included: Juicy Couture, Kate Spade, Lucky Brand, Kensie, Sigrid Olsen, Dana Buchman and Prana.

With both national and international experience, his career has granted Brent the opportunity to work with many wonderful organizations where he has fine-tuned the construction management, team building, inter-departmental coordination and partner skills that enhance every company’s construction needs, large or small. 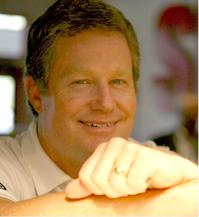 David is an accomplished senior-level retail business leader with the ability to conceive, develop, implement and simultaneously manage major programs for businesses in multiple states across the US. He was a fortune 100 corporation operations executive with P&L responsibility for 640 retail locations that generated revenue of $654 MM per annum.

He is skilled at orchestrating continuous profit improvement in large national organizations through cost controls, effective vendor purchasing negotiations, new product introductions, process improvements, and productivity increases. Dave has managed construction projects for McDonald’s, Blockbuster, Safeway, Pet Co, Jamba Juice and managed departments for organizations such as Quiznos (as VP of Construction), Source One (as VP of Architecture and owner), Jamba Juice (as Director of Design, Construction and Repair & Maintenance) and Starbucks (as VP of Existing Store Portfolio, VP of Global Design and Architecture, and VP of Operations). David has also been a Franchisee for Smashburger restaurants rolling out the first Smashburger in California and building 11 units in the state.

With David’s extensive experience in Design, Construction, Branding, Retail Franchising, Operations, Real Estate, Licensing and Purchasing he is an instrumental part of the cogency of Poma Retail Development.